So last week we went to the Minnesota State Fair and chowed down. We spent nearly the whole day sampling, eating, and sipping fair eats. I swear I could have been rolled out of there if someone would have offered that service. Once I came out of my food coma, I realized I never ate a cream puff. In fact, I never even saw a stand for cream puffs (upon further research + noted for next year – there is in fact ONE stand).

When I lived in Wisconsin, my employer always gave out state fair tickets as a fun perk so I went nearly every year and cream puffs were the thing. Like they served upwards of 450,000 each year. Like the world’s largest cream puff was made at the Wisconsin State Fair in 2011. Like I think they even tried to make it the state’s official dessert. Like they had cream puff stands right outside of the fairgrounds so you didn’t even actually have to go in to get them; you could drive up, grab your six pack of cream puffs and head on out. Like they were delicious.

It seems weird that a mere state border eliminates this delicate, perfect dessert with whipped cream encased by a chewy, airy pastry and topped with powdered sugar. It’s just the right amount of sweet, not to0 heavy, and fresh. I had to make my own. Or, do you know, where in Minnesota can I get a gosh darn cream puff?? 3. Remove pan from heat and add flour all at once, stirring vigorously with wooden spoon until dough forms into a ball. Let dough rest 5 minutes.

4. Let dough rest 5 minutes. Transfer to a mixing bowl. Add whole eggs, beating in one egg at a time. Mix until dough is still, but smooth.

5. Line a baking sheet with parchment paper (super helpful for clean up) and drop 1/4 cupfuls of dough 3 inches apart. For a neater appearance, use a pastry bag with ¾-inch plain tip and pipe dough onto baking sheet. (I put the dough in a ziplock and did the old plastic bag piping trick).

6. Combine egg yolk and milk in small bowl. Brush each puff with the mixture.

7. Bake in preheated oven 35 minutes until puffed, golden brown and firm  (the crustier the better).

8. Cool puffs on wire racks, pricking each with a cake tester or toothpick to allow steam to escape or leave them in a turned-off oven with door open for about an hour until firm. Baked puffs should have hollow, moist interiors and crisp outer shells that are lightly browned.

10. While the puffs are cooling, make your cream – in a mixer, whisk whipping cream until peaks form. Add vanilla and powdered sugar. Mix until it looks like whipped cream.

11. Once the puffs are cool, cut off tops, fill with whipped cream (use pastry bag with star tip or scoop the whipped cream with large spoon.) 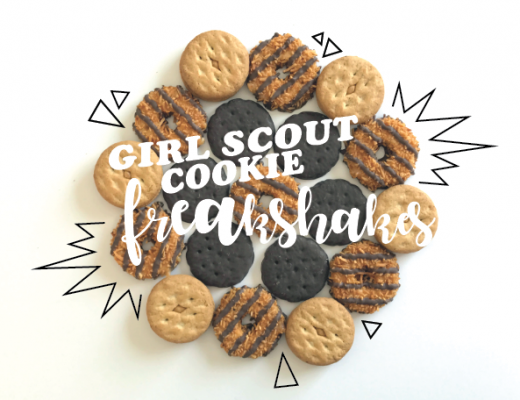